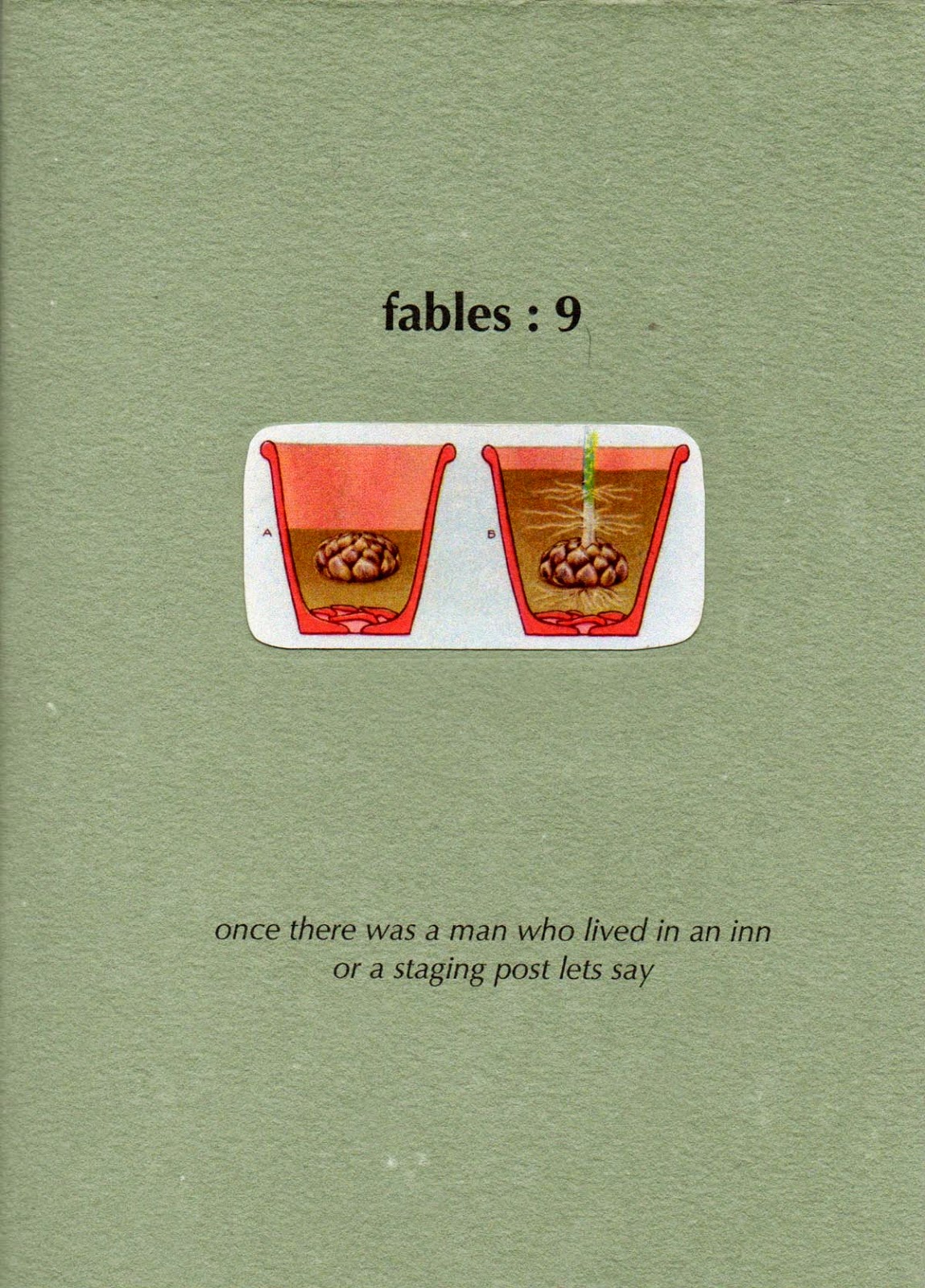 The latest tale from the 'fables' series. In this particular case, first the full stops went, then the commas, then the apostrophes, then all other punctuation, until nothing was left but the bare comic tale of Ash, who one day just stops in the street. As passers-by turn him into a fetish figure, draping him with the adornments of their predilections, and the authorities decide what to do with him, worrying that he constitutes a fire hazard, Ish, Ash's inside other, is left harried and frantic, rushing around trying to kick-start his engine, but to no avail. A pretty pass, all told.
Posted by Graeme Hobbs at 05:34