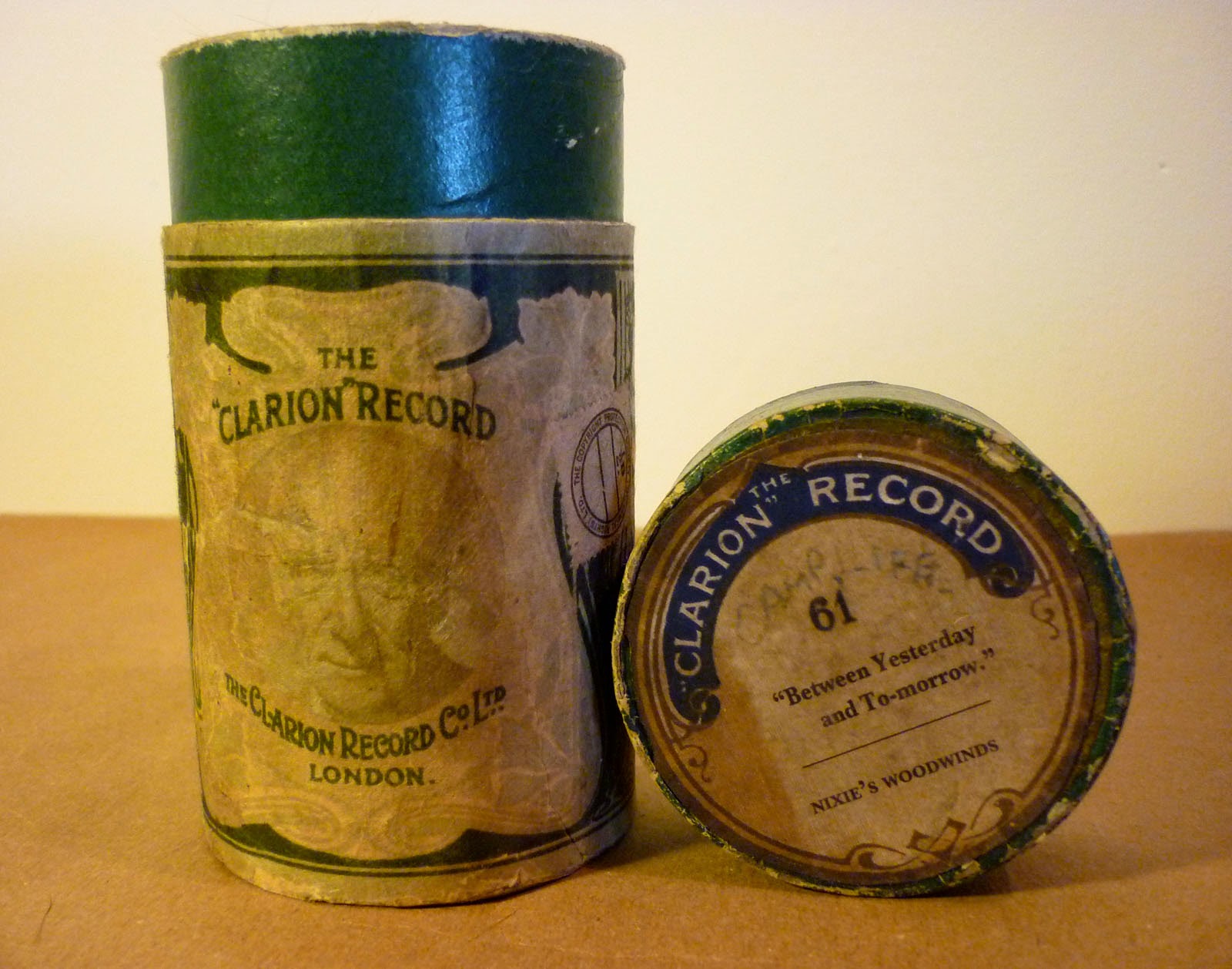 The first in a series of homages to various writers, as encapsulated by altered phonograph cylinder packaging. Algernon Blackwood is a rather overlooked writer these days, whose real subject - despite numerous lurid book jackets trying to persuade us otherwise - is wonder; dreadful wonder at times maybe, but wonder nevertheless, most often of that magical childlike quality that makes the unlikeliest of connections between things which adults seek to reason away. But the children know best. The Blackwood cylinder uses elements of his books The Education of Uncle Paul (1909), The Human Chord (1910) and The Promise of Air (1918). The song title - 'Between Yesterday and To-morrow' - is credited to 'Nixie's Woodwinds' (Nixie's vision in The Education of Uncle Paul of the dawning and unfurling of the winds is still extraordinary), and the cylinder is filled with feather down. The top cylinder label actually had the word 'Camplife' written on it by someone in the past; reading about Blackwood's experiences in the Canadian wilderness among other places, it seemed an eminently fitting word to leave in place.
Posted by Graeme Hobbs at 03:27